We sat down and chatted with 25-year-old actor on the rise, Christian James, about growing up in Georgia, committing to your dreams and his feature film debut “Hell Fest,” which is out in theaters now.

James has the quintessential Hollywood story; he sold everything and bought a one-way ticket to LA from Atlanta, Georgia. After couch surfing and sleeping in his car, he landed his first apartment on Bronson and Sunset. His first gig after moving to the apartment was at Bronson bar, “I went downstairs and the owners of the bar gave me a shot, we smoked a joint and then they offered me a job! ” Kind of attuned to a noir-like Holden Caulfield start to things, which set him off for a successful launch into LA and his acting career.

James has a deep-rooted understanding within his acting process, seeing new perspectives and roles as opportunities to challenge himself and grow as an individual.

“I am not the greatest, but every single day I learn and I grow and I fall more in love with what I get to do.  It’s crazy that even after five years I can fall so much more in love with the craft and how I perceive life.”

He shared that part of the practice of preparing for new roles is finding yourself and where you are within that character.

There were obvious cultural shifts in moving from Georgia to LA; he grew up, in his own words, as a goody two shoes. His first experience with cannabis was nothing short of cinematic, ate an edible, smiled big and enjoyed a sensation of jello legs. Now he is comparable to an enthusiast, remarking that Dabs and XJ13 pre-rolls are his favorites.

With a humble down to earth demeanor and a passion for his work, James is a refreshing new player in the world of Hollywood.

“Keep hustling, keep working and just know that when it is your time it will be your time.  And no will know when that is, it will just happen.”

How did you get into acting?

In all honesty, someone told me “Hey, you should act and model’ I decided to give it a shot

When was the moment you knew this was your path and you were going to fully commit to yourself to your passion?

I was booked as an extra on Feb.27, 2013 on Tyler Perry’s A Madea’s Christmas. I knew this was what I was going to do for the rest of my life as soon as I got on location. I was overcome by what went in to actually making a movie and I was sold.

What influences and inspires you?

My friends, my family, music, books I’ve read, truly the world around me.

How do you incorporate cannabis into your lifestyle?

In many ways, one of the most beneficial ways though is I have major ADHD and weed helps me focus my energy on the task at hand and not everything else going on around me.

What has been one of your favorite shooting/performing experiences and why?

I’m gonna have to say Hell Fest! Not only was it my first leading role in a studio film but it was a perfect experience. Why? Our Cast and Crew! Everyone was such a delight to work with!

What kind of music are you currently listening to?

Can you describe your style in a few words?

Whatever makes me happy

What are your goals for yourself and your career in the next 5 years?

I wanna bring back Action Heros! Next 5 years, I plan on having a few more projects in the works and then I want to get into creating and producing!

What 3 records you would take with you on a deserted island?

Dream director to work with

In acting school what was your most terrifying and liberating experience?

Whats A piece of advice you have never forgotten?

My Dad called me one day and left me a voicemail and at the end, he said “Go Make It Happen” might not be advice but it has been my life motto since.

Toke often, smile often and know you control your own happiness. Don’t give away your power! 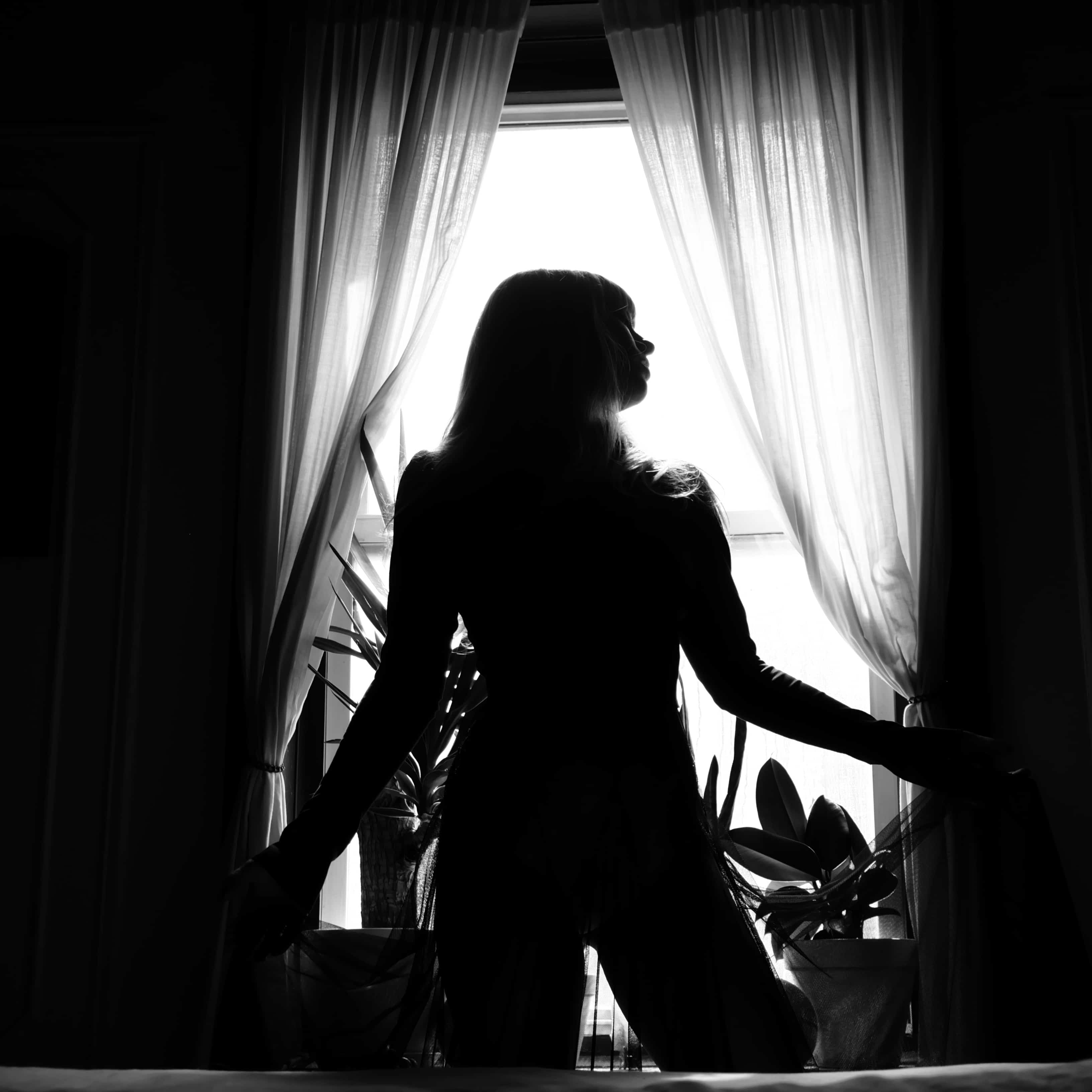 Alix Brown
ARE YOU 21
OR OVER?