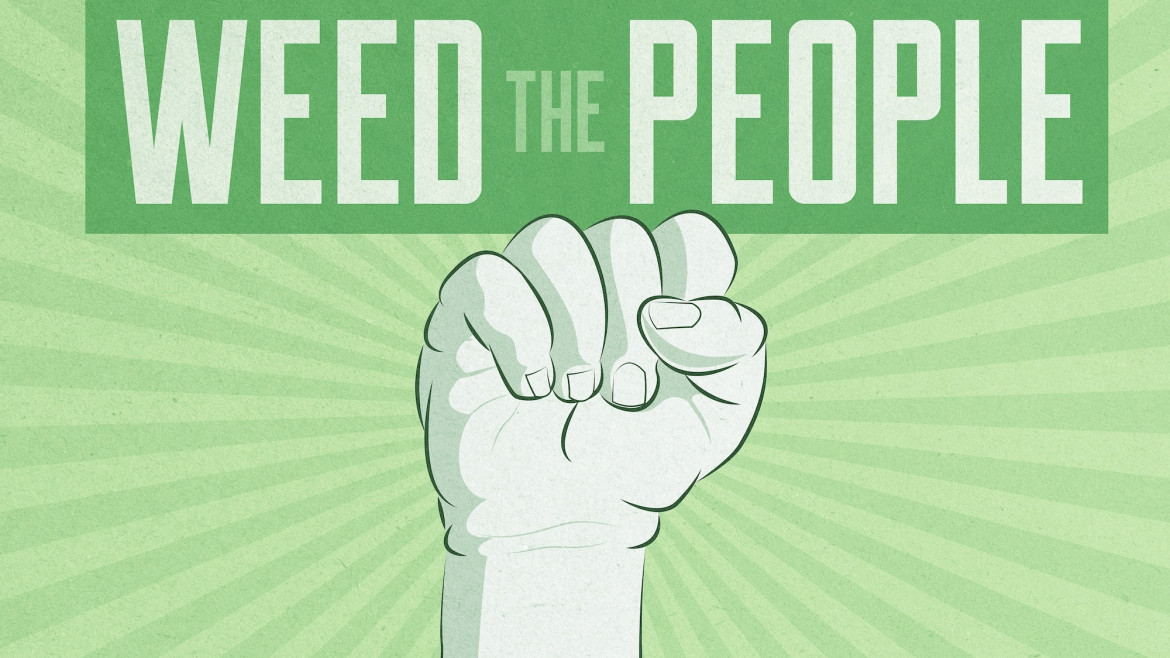 In 2013, before Cannabis was deemed legal and the CBD rush hit, director, Abby Epstein, and executive producer, Ricki Lake, embarked on a new project, shedding light on the benefits of cannabis oil in their collaborative documentary, WEED THE PEOPLE.

For the past five years the duo has been following five families, all with children undergoing cancer treatment. Fueled by unrelenting determination to seek help for their kids, these parents began administering their children cannabis oil- a practice viewed as controversial by many, yet one yielding astounding results.

This irresistibly compelling documentary challenges the stigma around medical cannabis. Epstein and Lake’s film provides insight to those who may have questions concerning the effectiveness of cannabis oil as an alternative to invasive procedures and side effects from cancer treatment like chemotherapy and heavy opioids.

“A smart, vitally important documentary look at medical marijuana, how it is helping real Americans right now, and why Big Pharma has ignored its healing properties” – Maryann Johanson – Flix Filosopher﻿

In late 2017 the team finished filming and in March of 2018 their documentary WEED THE PEOPLE, premiered at SXSW Film Festival in Austin, Texas. Since debut, WEED THE PEOPLE has received flawless reviews from notorious pundits like Rotten Tomatoes and recognized in press by TIME, People, CBS News, Bustle and more.

We chatted with the film’s director, Abby Epstein, to talk the birth of WEED THE PEOPLE and the challenges and successes they were greeted with while creating the film.

SF: What inspired you to create this documentary, and how did you become involved with the stories of these families?

Epstein: So about six years ago Ricki was on the reality TV show, “Dancing With The Stars,” and there was this six-year-old little girl who was an uber fan of the show and she would make Ricki all of these really cute videos that her mom would send on Twitter. She was totally adorable, and Ricki ended up falling in love with this little girl. She had been going through chemo and would basically take an to all of her chemo appointments and would be sitting there watching Ricki and her partner dance while she was getting her treatment. It was amazing! So Ricki just became really involved and ended up flying her out to LA to see the show in person. Ricki’s husband at the time, Christian, had been researching all of this cannabis medicine and they ended up getting really consumed in trying to help this girl. The little girl has a condition where tumors would grow all over her nerves, and they thought, “Well, maybe this could actually help her,” because nothing else was helping and the chemo was basically killing her. They began looking more into it and they found a doctor in Mendocino who had treated children with cannabis. So one day Ricki called me up and was like “Okay, so this is really crazy but Christian and I chartered a plane and we are taking this little girl and her mom up to Mendocino to meet this cannabis doctor to see if cannabis oil is the answer for her.” And I was just like, “OMG, this sounds like it might be our next movie. I’m going to come and bring a camera crew,” and that’s how it started.

SF: Why do you think there is such a stigma around medical use for cannabis?

Epstein: I think that there are a bunch of different theories and it depends how much of a conspiracist you are. I think the prohibition 100% was based on politics, racism, and corporate greed. That is for sure. This is clearly a medicine. It’s been a medicine for thousands of years. It was clearly a medicine in this country up to the 30’s.  Doctors didn’t think it was dangerous. People weren’t overdosing on it. It was a generated “reefer madness.” It was definitely a politician’s game of like, “Let’s scapegoat the Mexicans! Now let’s scapegoat the African Americans!” At the same time I think there is a movement towards a lot of holistic medicine that led to this big lobby from the pharmaceutical industry to really push their chemicals into the pharmaceutical system and to eliminate a lot of the natural options. So I think it has everything to do with those things but nothing to do with the actual science and safety of this plant.

SF: Since making this film have you seen medical cannabis become more accessible?

Epstein: I do think so… but that stigma runs really deep.  We’ve done screenings of the film where after the film people will say like, “gosh I’d really like to maybe try this for my migraines or whatever, but how do you know that I won’t get addicted?” and I’m like, “Addicted? You just saw a film where a 9-month-old baby is taking this stuff! What are you talking about? Do you have coffee ? What are you saying?!” But there is still this stigma that this is a drug of abuse and most doctors think it as a drug of abuse and it’s hard to grow out of that.

SF: What do you want people to take away from this film?

Epstein: You know, the reason we called this film “Weed The People” is that we want people to understand that they’ve been fooled and they’ve been lied to and they’ve been misled. This is a super important plant for healing and for health equity that has been taken away from the people! You see the mother’s in this film- these mothers are so brave and so ferocious getting this medicine for their babies. And that’s what it’s going to take. That’s what it’s going to take in this country. Get people mad. Get the mother’s mad and outraged and asking, “why don’t we have this for our kids?” We want people to see that this is beyond debates around adult use and recreation. There is life saving potential in this plant and there are definitely kids in this movie where, and we can’t say 100%, but their families think that they would not be alive if it wasn’t for this plant. It’s very powerful and I think it’s something that we want people to realize- that this has been hidden from you, you have been lied to, there has been a fear campaign and now it is time for us to all open our eyes. Yeah, a lot of people are getting rich and there is a green rush happening, but that’s not what this is about. It’s about people being able to have access to this medicine.

SF: How has working with these children who are battling cancer affected you?

Epstein: It’s been really intense. It was very scary you know because we really dove in with these children having no idea how they were going to be at the end of the day. We just kind of had to believe in the medicine, and believe in , and how much their parents believed in this. So we were kind of blindly following them and it was definitely super, super scary.

SF: Are you still in touch with these families?

Epstein: OMG, yeah. We had every single family at the LA opening. It was amazing. We live streamed the entire Q&A on our WEED THE PEOPLE Facebook page. So you can go and watch the video with all of the doctors and families together.

SF: What’s next for WEED THE PEOPLE?

Epstein: The second part now is interesting because we have so many people ask about it and we’re like, “Hmmmm…” But for now, Ricki and I are still heavy in promotion mode and in the midst of traveling.”

To find or host a screening of Weed The People in your area visit: www.weedthepeoplemovie.com

WEED THE PEOPLE is now available on Digital at Amazon and on iTunes.