Henri (aka Henrietta Tiefenthaler) has managed to mark her territory in a variety of creative fields – New York Times best-selling author, DJ, producer and rising fashion icon – but, let’s narrow it down to her reigning creative endeavor: music. Spinning sets that range from deep house and techno to old skool hip hop, pop, and rock, Henri keeps heartbeats racing and bodies bustling, leaving her audience captivated and hungry for more. London-born, Los Angeles-raised, Henri has made her mark on both sides of the Atlantic as a DJ/producer, spinning at some of the hottest parties and clubs around the world.

Henri recently released her latest track Hiding, making its debut on Anjuna Deeps exclusive Miami Music compilation. This brooding and melodic deep house track comes just in time for DJs to play until early morning at Miami Music Week.
We see it now, 48 seconds in, just as the beat begins to build at the same time the sun begins to rise, shining its light on exhausted, smiling faces, dancing one last dance holding on to the night, knowing this will soon be nothing more than a fleeting moment, a memory, an illusion.
Did you like that picture we just painted? Well then maybe you should know that while we were writing and getting lost to Hiding and Henris Sunrise to Sunset playlist, we just may have also been indulging in Pure Beauty’s Pac Man-OG strain 26% indicia Dominant.
Stay tuned for more from Henri with new releases on her label Monstertooth as well as a remix for Sofi Tukker coming out soon. – l.l.

H. If my life was a film it would be Blade Runner or 5th Element

SF.  What 3 records you would take with you on a deserted island?

SF. If you could share a joint with anyone who would it be and what’s playing in the background. Set the scene.

H. I just had the most amazing experience for my friend Diana’s birthday at a bar in Columbia Market. It felt like a small living room and the owner served us these strawberry mezcal cocktails infused with weed and we could play their records ourselves. I put on a vinyl that just said Limited Edition on the sleeve and got swept away in my husband’s arms dancing to Jah Tubby’s Reggae beats. The dream

SF. What was the moment you realized or was inspired to become a musician?

H. I used to sing when I was younger and then gave it up for a long time. I think my ex-band mate Jen Turner inspired me to put everything I had into being a musician by constantly building my confidence and telling me I’m talented, based pretty much solely on our mutual love for Krautrock. She’s a gem.

SF.  Whats A piece of advice you have never forgotten?

H. “They always come back” which is ironic, because I married the man who broke my heart in high school.

H. Work hard and be patient.

H. Anything with an incredible light show.  Maybe Daft Punks last tour? I loved playing the Rabbit Hole at Glastonbury. I was surrounded by all my friends huddled in a trippy tent dancing their asses off to hide from the rain

SF. What was the first time you remember smoking marijuana?

H.  Pretty young, I must have been with my sister.

SF. What is your favorite way to enjoy the good herb

H. I like eating it, although used to make weed brownies every Christmas party we would have, and I ate too many, so now I’ve put myself off a bit. I like these blood orange “wondrous” pastilles that this woman formulator in LA makes. She combines the latest research with her knowledge of historical uses in various cultures, like in the ’60s, when Bob Dylan and the Beatles were using cannabis for creative expansion, the chemistry of cannabis was very different than it is now. Not only were most cultivars 50% THC and 50% CBD, rather than the high THC strains prevalent today, but they also lacked an essential oil that makes most bud available now quite sedative, rather than creative. So, if you want a creative high, she recommends dosing low, using a little CBD somewhere in your regimen. combining spices and herbs and avoiding those really chemically strains that knock you out. I also just bought the Bliss pen and chocolate strawberries from MedMen I’m currently indulging in.

H. depends on what I want it for.

SF. What’s on your sex mixtape? 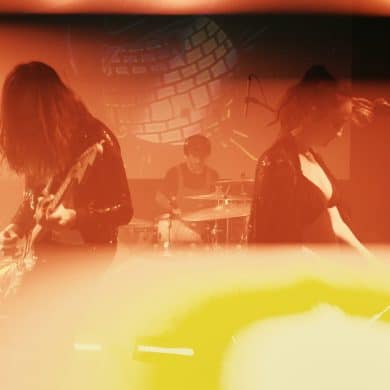